I recall, for example, that all the prices in the windows of the fancy shops along Nevsky Prospect in St. Petersburg were quoted in dollars. Then again, there were no ATMs back in ! The one overwhelming impression I had from this trip was of prosperity. Modern skyscrapers, outrageous traffic jams, and all the rest.

That said, a lot of the people we encountered on this trip, while they seemed more comfortable, did not seem as happy as those we met just after the fall of the Soviet Union. Not surprisingly, the older people we encountered were clearly unhappy with the disruption and insecurity in their lives.

The generation that has come along since we were last in Russia seemed better adapted, but still somewhat unsure of what they face in the future. For an American, it was interesting to see how they all seem to take Putin pretty much for granted, warts and all. When we were in Russia in Yeltsin represented hope diluted with uncertainty. Today, Putin represents stability and nationalistic self-respect. This, of course, has been the driving force of Russian culture since the 16th century.


David was particularly surprised by our glimpse of contemporary life in Mongolia, a former Soviet satellite. Quite astonishing. Helen, from New Zealand, had first travelled to Russia in She was on a much tighter budget in those days and had no choice but to go with a low-cost tour company.

It seemed that nothing worked properly! And this was the usual standard of the hotels we stayed at. They seemed to be wearing quite dowdy clothing. Motor vehicles seemed to be quite old and beat up. Around Moscow there were lots of apartment buildings that appeared to need maintenance. This time I could afford a much better class of tour and my impressions of Russia were very different.

I was impressed with the cleanliness and lack of rubbish in the city streets. I observed very well-dressed people, and very few beggars. It seems that a lot more Russians speak English, and there seems to be a lot more tourists than I recall on that first trip. Motor vehicles are now very up to date — it seems to be mainly Japanese cars now. I was amazed at the amount of building restoration work that has been done, particularly in Moscow.

Russian people seem to be happier in general.

Anne and David, from the UK, first went to Russia in with their two children, who were then aged 15 and They did the standard one-week trip, spending three nights in Moscow, a night on a sleeper train, then three nights in St Petersburg. They were struck by the great improvement in the standard of living. They were pleased to find that the Russians were still friendly and helpful, as they had been in Despite the fact that their first visit had taken place only two years previously, they felt there were still considerable differences.

We felt sorry for the people of Russia after seeing the enormous wealth the Tsars had and how poor the people were. Moscow seemed to be much busier this time with many more tourists evident.

Young people seemed to be dressed in a more Western style; this was not so evident two years ago. We felt much more welcome as tourists this time round.

Their decision to actually make the trip was largely down to chance, however. The Golden Eagle seemed the ideal way to visit such a vast country and in style! Yet travelling through the country, listening to the guides and attending the on-board lectures prompted a fascination with Russian history which he intends to pursue. I thought the people would be oppressed, miserable and cold in every way. I expected the cities to be austere and grey, the food to be bland and the hotels and restaurants to fall short of western standards.

Visiting a dacha [just outside of Irkutsk] brought all this back home to me and I now realise why we ate so many pickled vegetables. This is not, of course, the Golden Eagle experience, though we did have a contingent from Hong Kong on one trip who delighted in playing Mahjong at all hours in the Bar Car!

I thought there would be bleak, soul-less communities where the sun never shone! They had not been to Russia before, but had expectations of what they would find there — most of which were challenged. I had always thought the Trans-Siberian Railway to be of strategic importance to Russia but was surprised at the extent of apparent dependence on the railway.

There seemed to be passing freight trains every 30 or so minutes, plenty of well patronised passenger trains and what seemed like significant on-going investment in maintaining and enhancing the railway infrastructure. I think we can learn a lot about such things in this country. At least twenty million casualties many of those lives squandered, of course, by Stalin is hard to contemplate. I was impressed that the sacrifices of men and women were honoured in most towns and cities but disappointed that many of the memorials seemed run-down and in need of maintenance.

There were more cars and satellite dishes than I had expected, and the few shops we visited in rural areas seemed well stocked. I had thought there would be a greater overt security presence — police on the streets and around key infrastructure such as railway stations and public buildings — but this seemed not to be the case. Before this trip I had thought of the Kremlin in Moscow as being a sinister place and I was pleased to learn that I was wrong.

One thing that particularly sticks with me is seeing ordinary Russians relaxing and how much they seemed to enjoy themselves.

A couple of places come to mind. The beach goers, both families and young people, on the stony shores of a very cold Lake Baikal, and Muscovites on a hot Sunday afternoon in Gorky Park. Lots of picnics, games, entertainment such as acrobatics, comedy acts and jazz buskers. One of the highlights of the trip was the visit to a Stalin-era apartment in Irkutsk and meeting the owner and her grandson.

It was a bit larger and much more comfortable than I had expected. As is so often the case, the outside appearance said little about the inside. Neazuddin — originally from Bangladesh, now resident in Scotland — had been invited on the trip by his brother, who lives in the USA. The trip was not only a great travel experience, but also enabled him and his brother to enjoy quality time together, which they had not done for years. Yet people expressed their feelings freely.

I was also impressed to see the technological developments in Russia, though it was shocking to see that Russian-made motor cars have been replaced largely with Japanese cars. I did not expect to see so many foreign cars on Russian roads. As we moved from East to West, I noticed that the scale of development was getting better and better. Perhaps this is because Siberia is very thinly populated and the weather is so harsh.

https://piatucorbi.gq However, the housing and living conditions alongside the railway track did appear to be poor. Fifty-nine Asiatic Eskimo tales and legends make this book both educational and entertaining. This book endeavors to relate not only the major genre and subject matter of the Asiatic Eskimos' narrative folklore but also the specific aspects of the folklore of each people of the Eskimo-Chukchi regions. 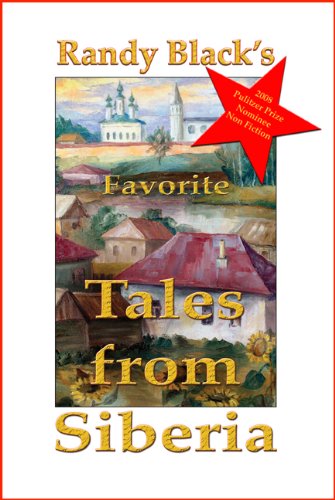 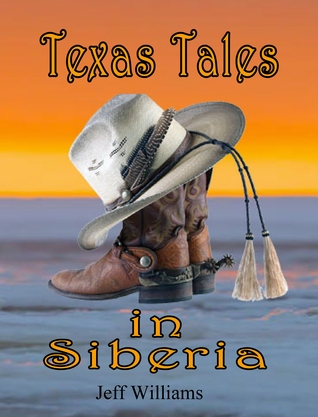